Once again, a polychaete species has been discovered in samples from a MAREANO survey. The new species has been named Scalibregma hanseni and was collected in subzero temperatures at 765 meter depth from the continental slope in the Norwegian Sea. 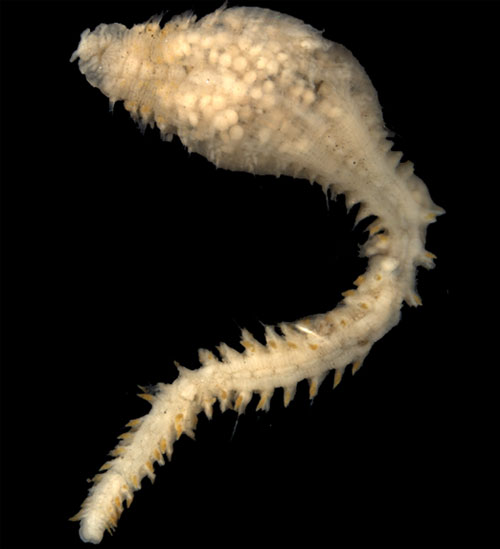 The polychaete was first observed three years ago, but it was only after being found in the MAREANO samples that the researchers got a specimen of sufficient quality to identify it as a new species and complete its scientific description.

When a new species is scientifically identified and described, it forms the “type-organism” that represents the original animal from which the description is based. This "type”-animal is stored at a museum as a future reference and as a documentation of the description. The type-material for Scalibregma hanseni is deposited at the University Museum of Bergen, where all the MAREANO-material is stored for any future use.