A bristle worm shuts the door on us

You'll never have seen anything like this before! A small bristle worm, just a few centimetres long, suddenly decides to withdraw into its house, closing the door tightly behind it.

“We have observed lots of bristle worms while mapping the sea bed in the MAREANO project, but this is the first time that we have managed to film one retracting its feeding crown, allowing us to clearly see how it closes the door,” says Børge Holte, the project manager of MAREANO at the Institute of Marine Research, who also happens to be a specialist in bristle worms.

Sick of the attention?

At the start of the video, the bristle worm from the Serpulidae family has its feeding crown extended. It uses its crown to catch food that is drifting past on the current. After a few seconds it seems that the bristle worm, which is used to living in darkness at this depth, has had enough of the light from the video rig. It retracts its crown into its “house”, closing the door tightly behind it.

The video of the bristle worm was taken earlier this autumn at a depth of 365 metres, off the county of Møre og Romsdal. As well as the bristle worm, you can see some yellow sponges (which may be Dysidea fragilis) and an anemone (Actiniaria). The transparent animal is a sea squirt (Tunicata).

Bristle worms live on the bottom of all oceans, seas and coastal areas, often representing 30-40 per cent by number of all visible animals (larger than 1 mm) found on and within the sediments of the sea bed. There are a huge variety of species (over 10,000), and new ones keep appearing.

“During the MAREANO project, we have found more new species of bristle worms than of any other kind of animal,” says Holte. 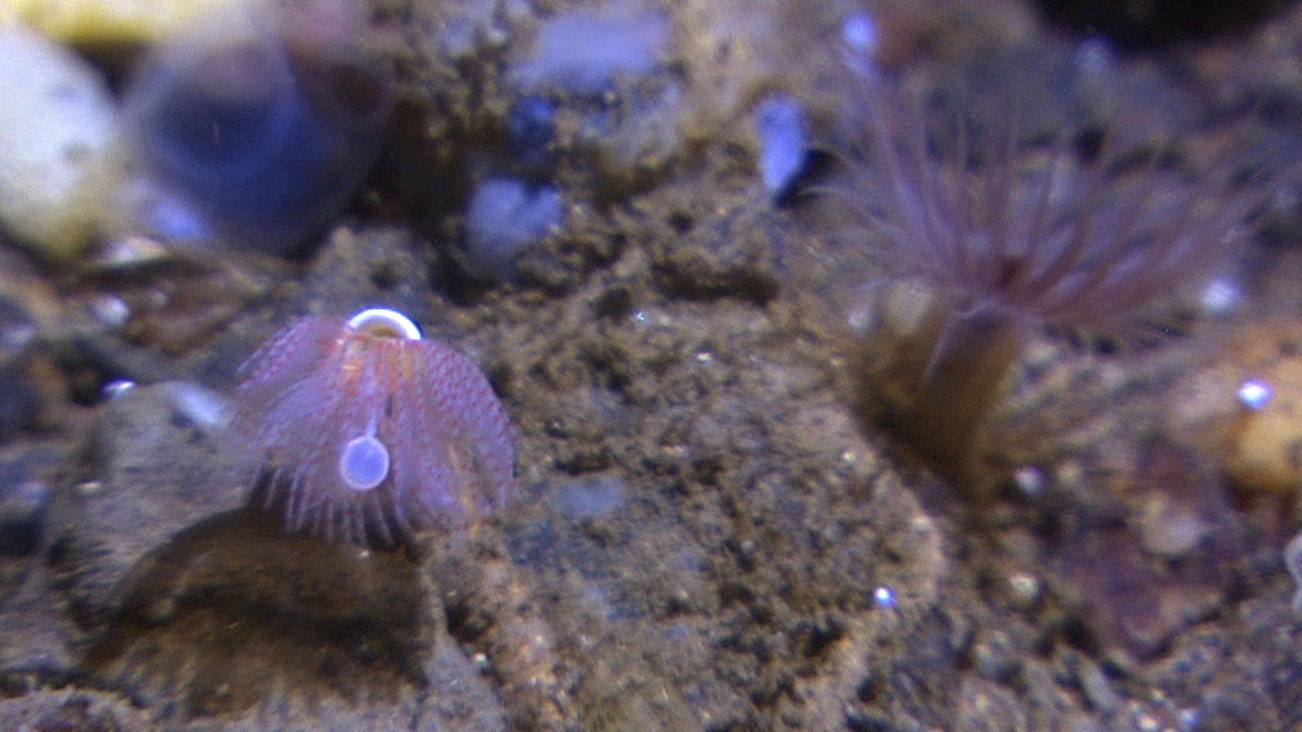 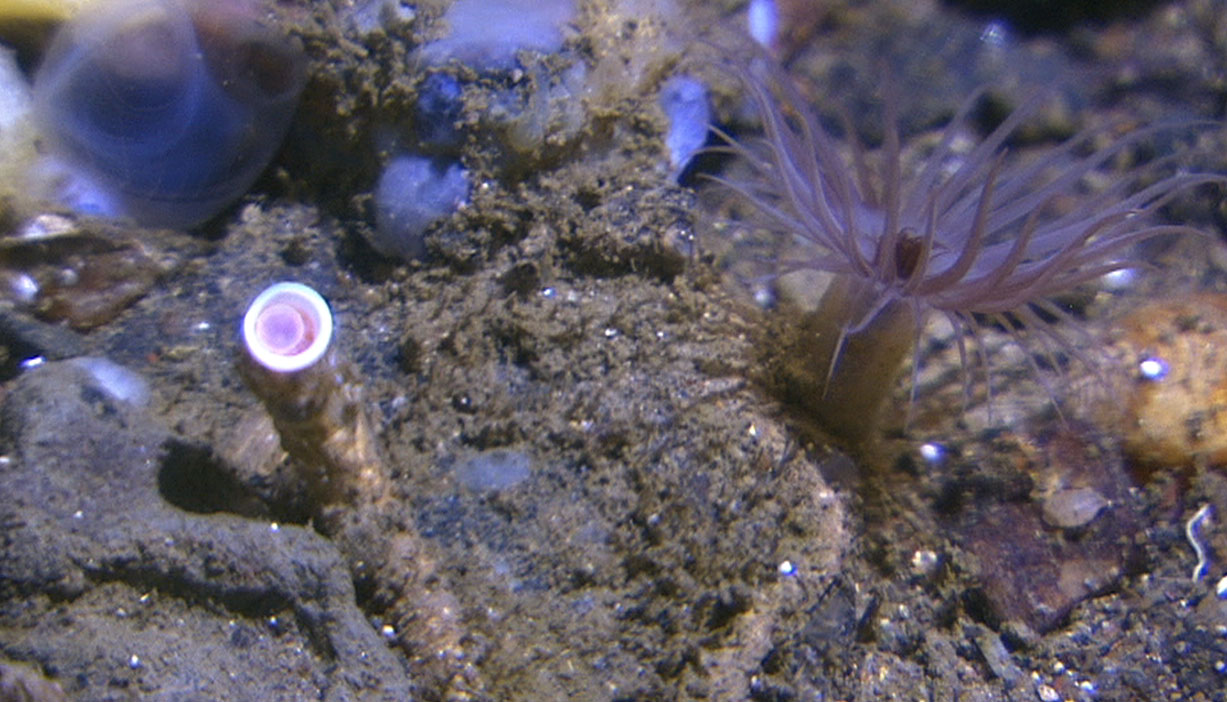 The pictures show how a polychaete worm belonging to the family Serpulidae instantly redraws into its calcareous tube. Just as quickly, the animal locks the tube with its 2-3 mm wide door that perfectly match the tube opening.