This last MAREANO biology and geology mapping cruise of 2014 started out along the Finnmark coast. This close to the coastline the seafloor will often show large geological variations – to read more about this look at Geological seabed mapping along the Finnmark coast, northern Norway. One of the most striking facts we note in the MAREANO work is how closely coupled the benthic fauna is with the geology of the seabed. Different animals need different environment to thrive, and along the transect R1397 (fig 1) we mapped habitats in patches as short as 20 meters next to completely different habitats along the next 30 meters. 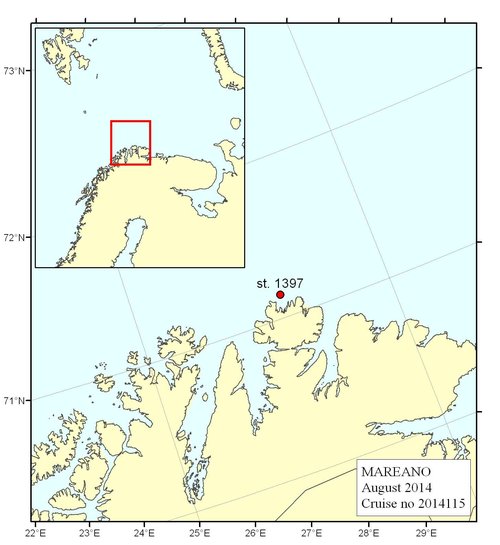 Figure 1. The red dot shows the location of transect R1397.

The transect started with exposed bedrock, passed over to shell-hash and continued with sand (fig 2). These are all very different habitats, each with its specific fauna. If we can get these many habitat types in one single transect, imagine the complex mosaic of habitats that covers this region! 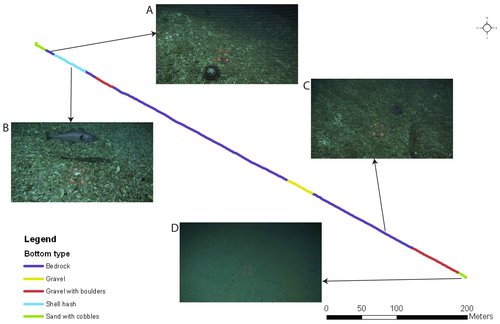 Bedrock (photos A and C): Bedrock is covered by a combination of sessile and free moving animals such as spiral tubeworms, soft corals (for example dead man’s fingers) and hydroids. Other animals can be echinoderms such as sea urchins, sea stars and tunicates. 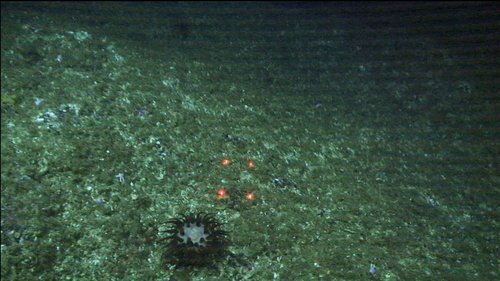 Figure 3. A sea anemone, or actiniarian, on bedrock.

Shell-hash (photo B): The shell-hash we found in this area mainly consists of bits and pieces of dead hydroids, brachiopods and mussels. These thin and often sharp pieces don’t facilitate sessile animals or even burrowers, and thus we see a lower diversity than in many other habitats. The polychaete Nothria builds tubes of the shell-pieces in this sediment, and lives perfectly camouflaged in the shell-hash. We can also find some mollusks such as snails and mussels here. 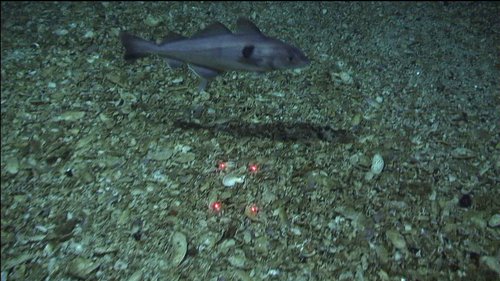 Sand (photo D): Sand comprises grains of rocks, minerals and hard parts of dead animals smaller than 2 mm, but larger than clay and silt. This is a habitat where digging animals such as heart urchins (Echinocardium flavescens) easily can plow away right under the sediment/surface, and holothurids and seastars are normal to find at the surface together with flatfish and skates. 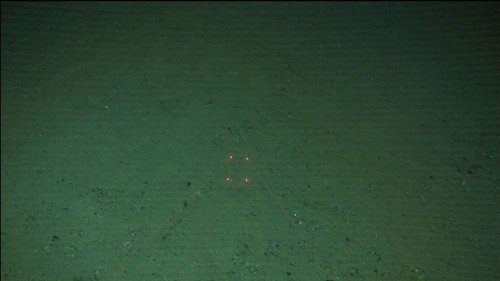 Figur 5. Sandy habitat. The scale is 10 cm between the red laser points.

What most habitats have in common is that what might not look very diverse and exciting from a distance, will turn into a whole world of life as one closes in. Take a look at this picture from the bedrock-area at the end of our transect: spiral tubeworms, a hermit crab and several hydroids. 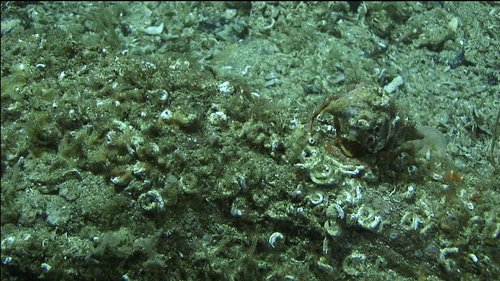