Living in a landslide

Cruise diary: MAREANO is currently mapping the southern part of Storegga, along the shelf edge and slope areas where a series of underwater landslides have occurred, most recently the famous Storegga slide, which dramatically altered the underwater landscape here some 8200 years ago. 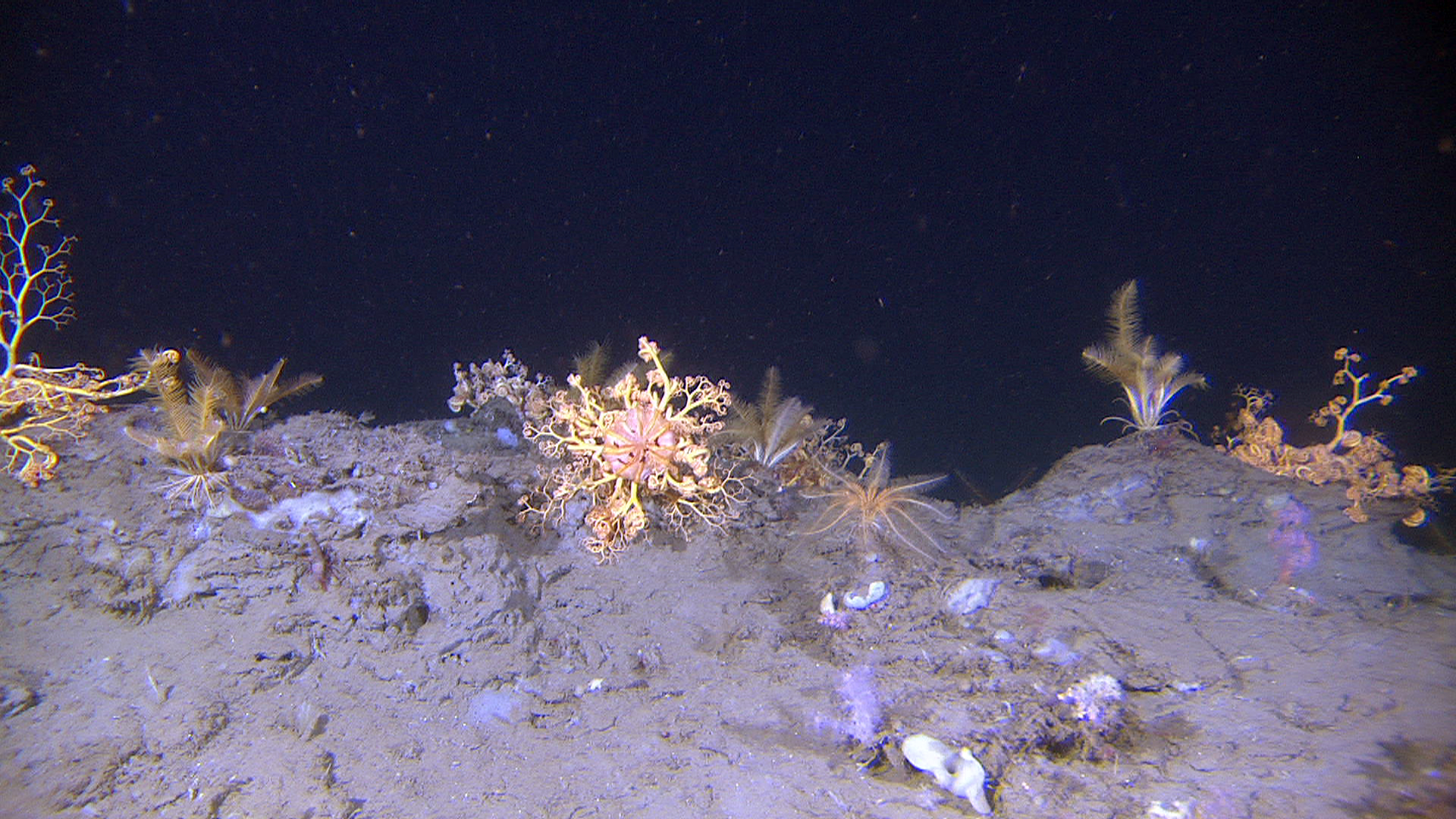 Basket stars and feather stars have colonised compacted sediments transported as blocks during the Storegga slide. These organisms which are mobile, can actively seek out exposed parts of the seabed to get into the best positions for filtering food particles from the currents passing by. In this picture we are crossing a ridge at a depth of 688 m.

Over the course of geological time, several giant landslides have occurred in this area. With each landslide, material at the shelf edge has slipped away, down the slope to the deep sea. The Storegga Slide is one of the world's largest known underwater landslides. It led to a tsunami which inundated the surrounding coastlines, including Scotland and the Faroe Islands. 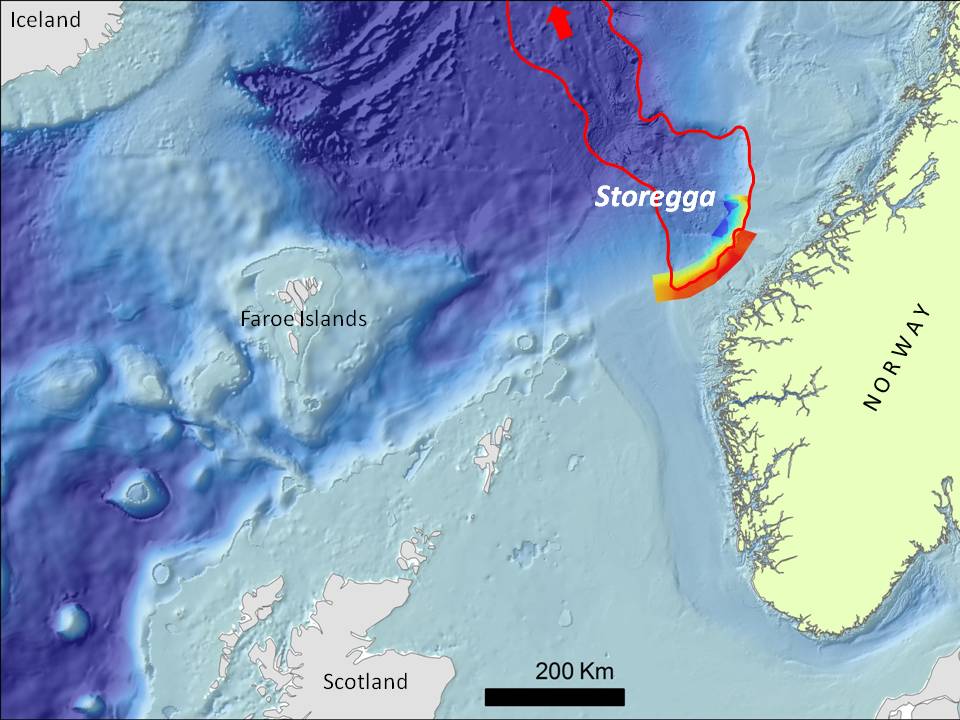 Map showing the location and extent of the Storegga slide. MAREANO multibeam data, which so far covers just part of the slide area, are shown in rainbow shading.

Evidence of the Storegga slide remains prominent today with a landward slide escarpment around 300 km long. A huge volume of material avalanched down the slope during this event. The slide material and slide blocks that fell have created a rugged landscape on the slope and extending hundreds of kilometres out onto the deep sea plain below. This varied topography has recently been revealed in detail by multibeam data collected for and assimilated by MAREANO. 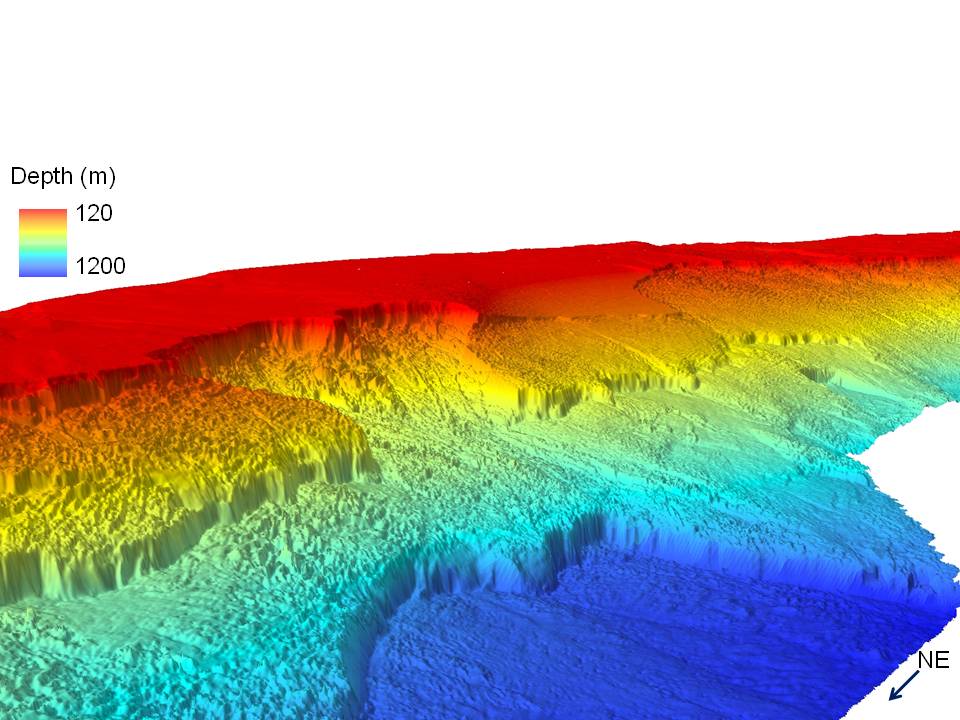 During this cruise, MAREANO scientists are investigating what type of seabed we find today in the landslide area, and what animals are living in this deep and often rugged environment. So far we have found a rich variety of habitats including cold-water coral reefs, coral forests, basket stars and cauliflower coral meadows, brittlestar communities, and seapen and burrowing megafauna communities.

In the pictures below we give you a flavour of some of these habitats. In the coming months our geologists and biologists will work with the data to produce more detailed analyses and maps. 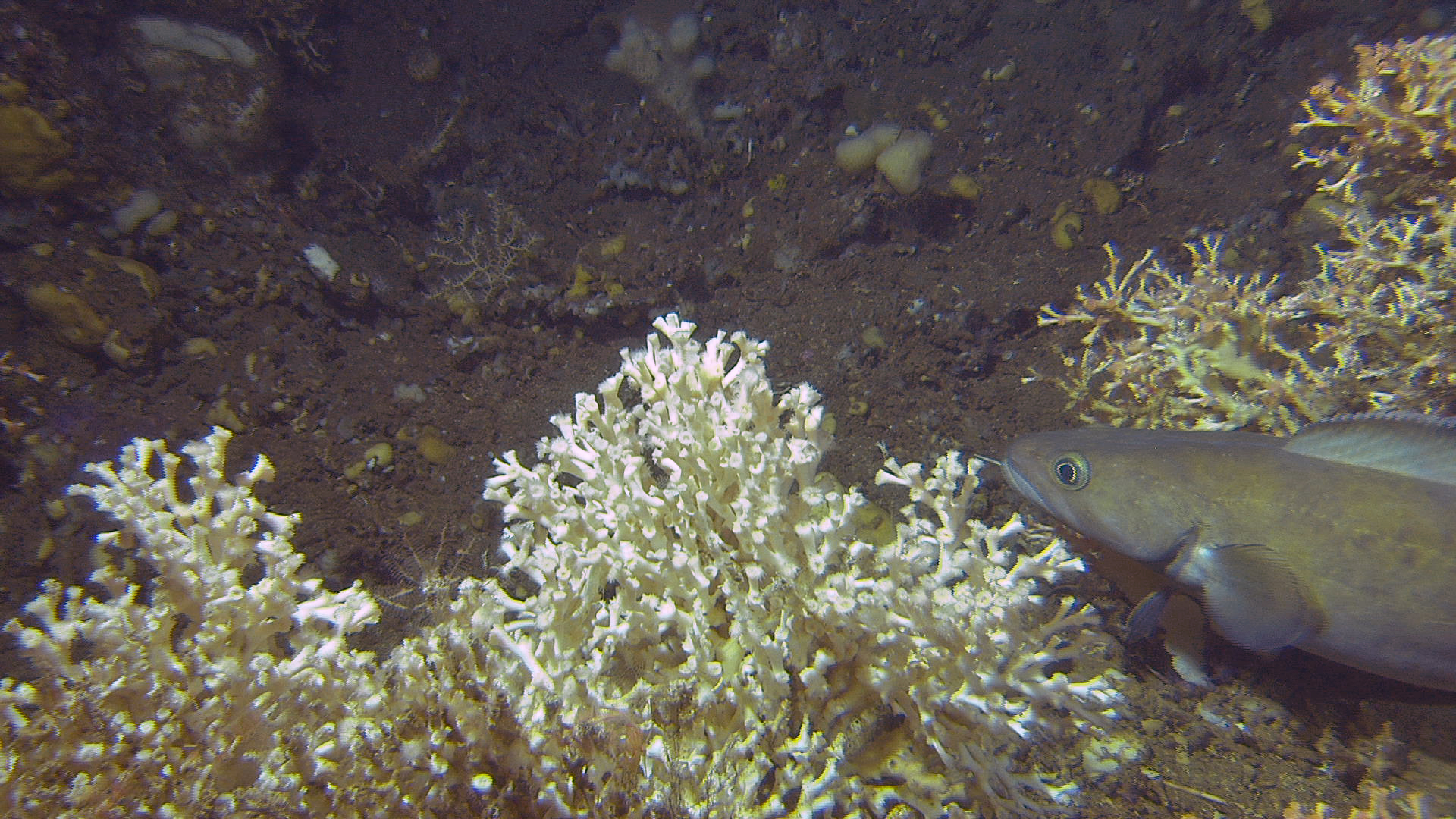 A tusk (Brosme brosme) moving slowly around on a Lophelia coral reef at 293 m depth. 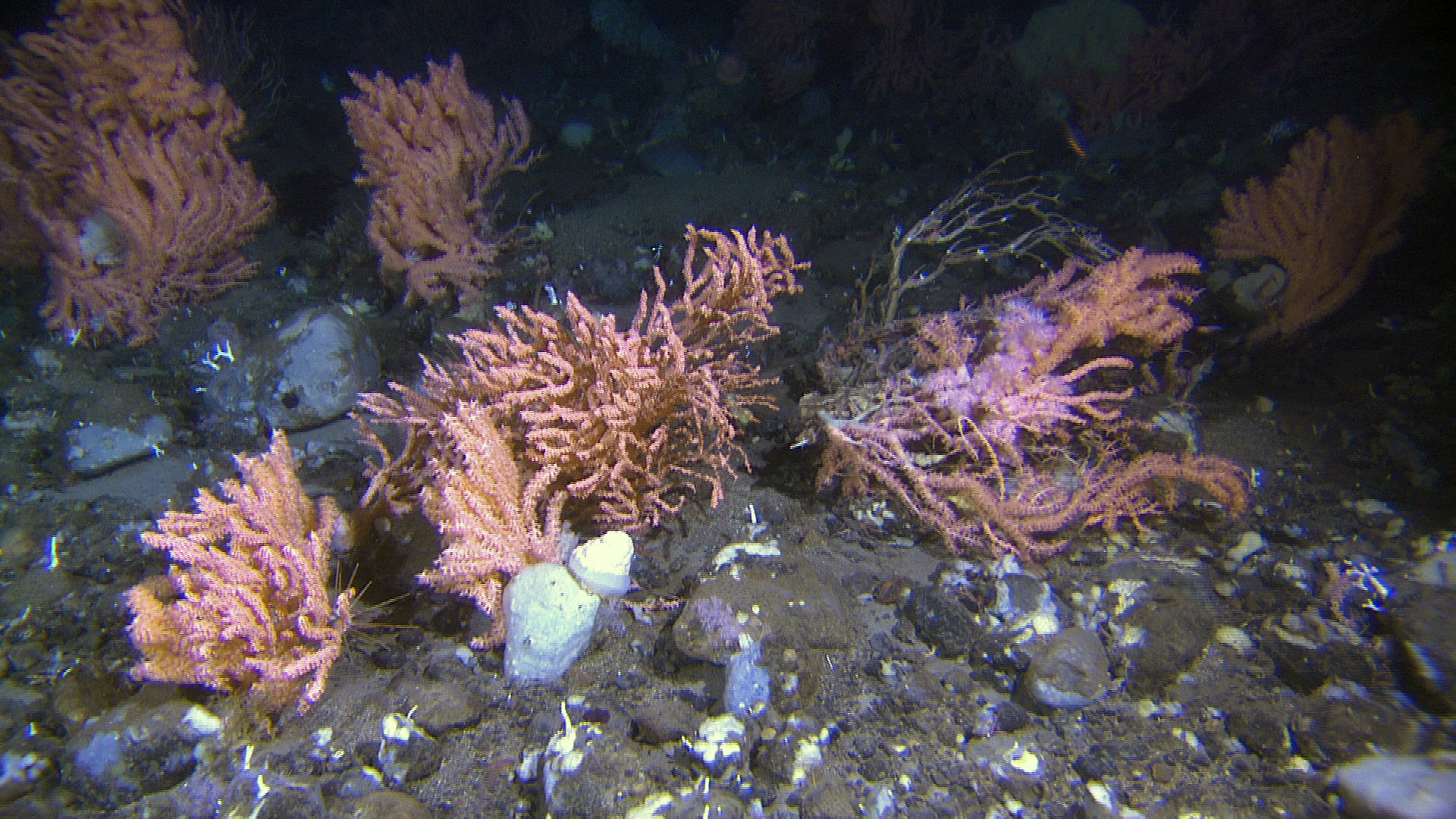 Hard bottom coral garden with Primnoa resedaeformis on rugged seabed with cobbles, gravel and sand at around 460 m depth. 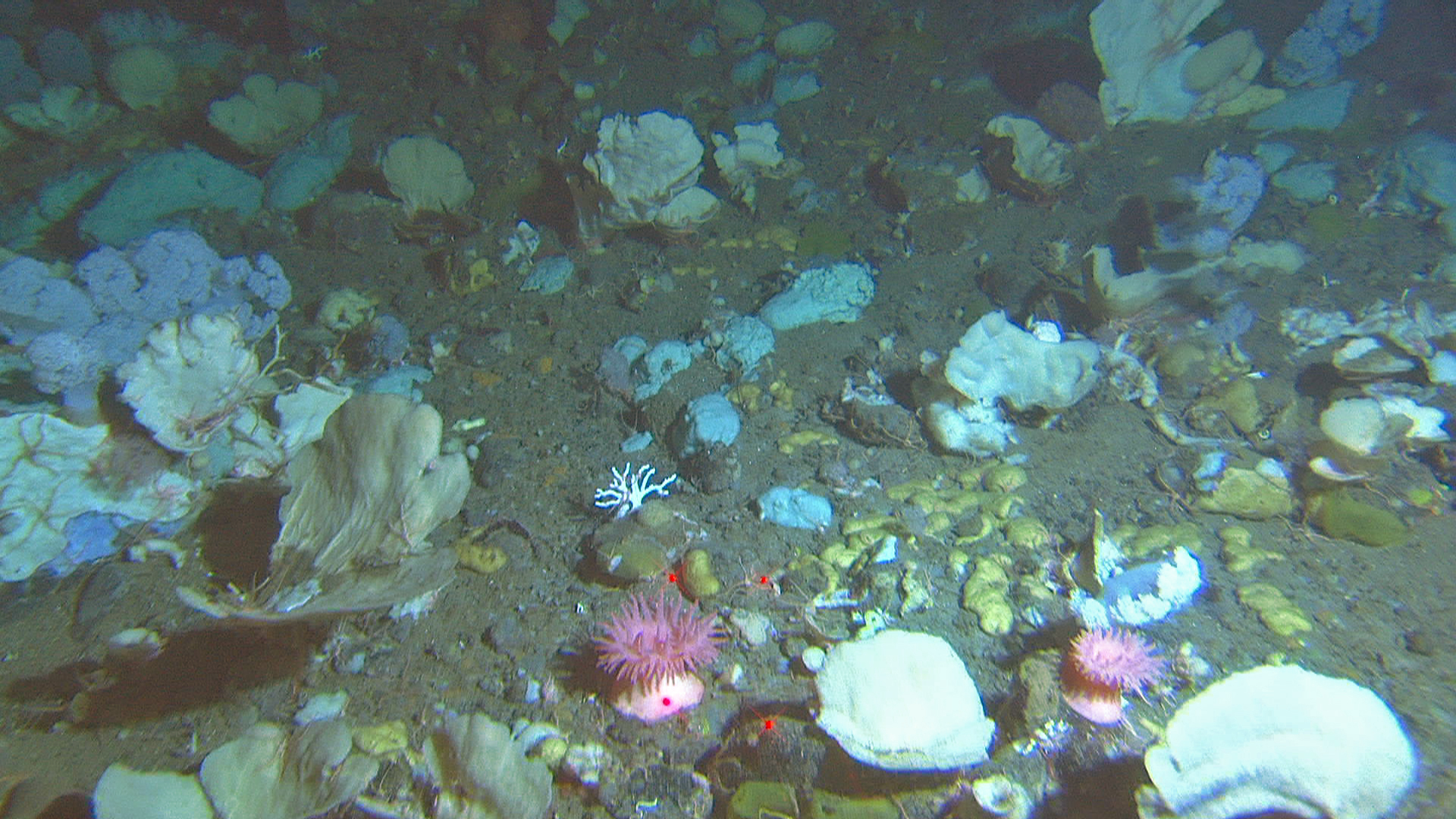 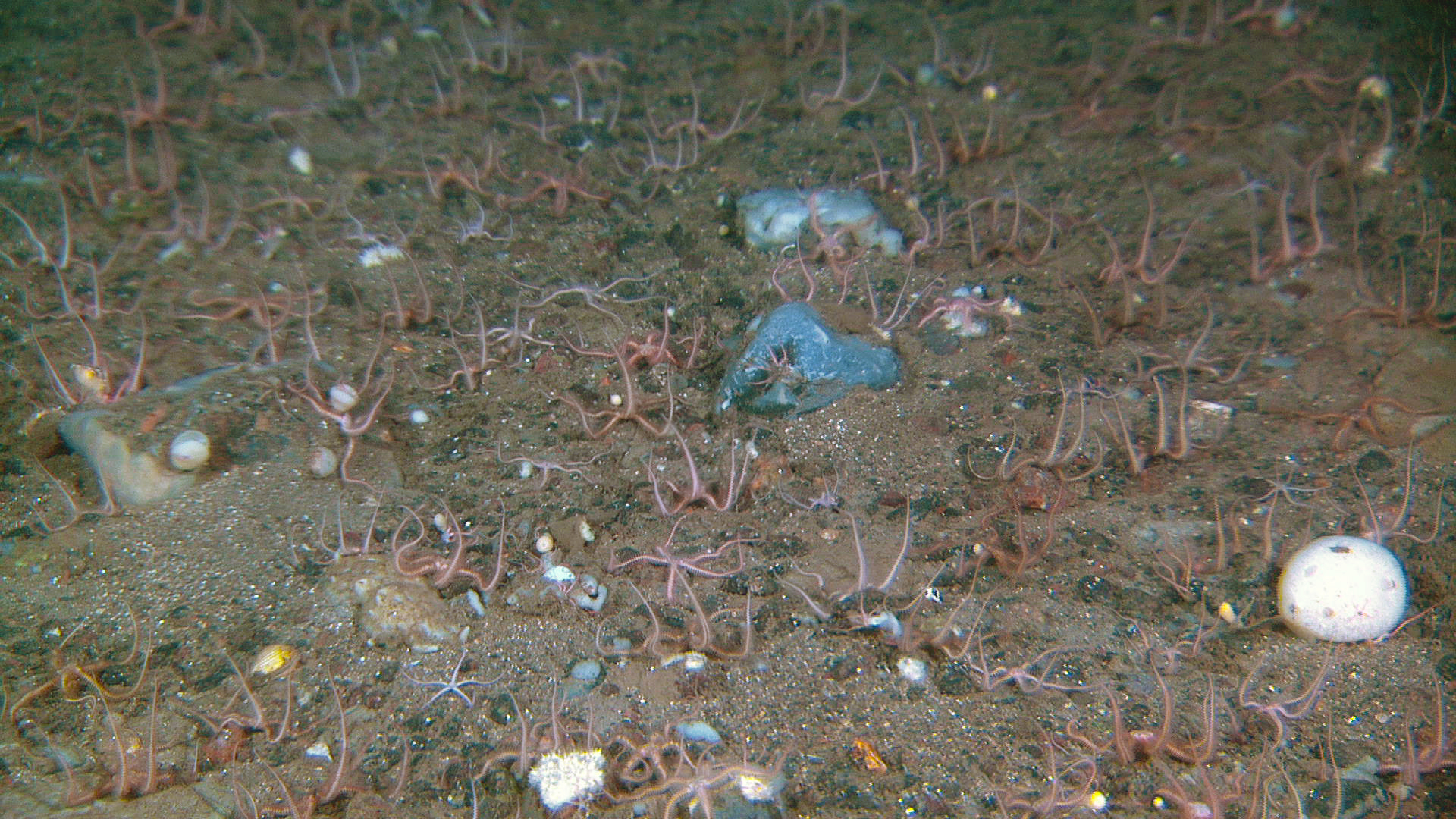 Sandy gravelly sediments with a community dominated by filter feeding brittlestars at a depth of around 490 m.

The seapen Funiculina quadrangularis, together with sabellid tube worms on soft sediments at around 760 m depth. 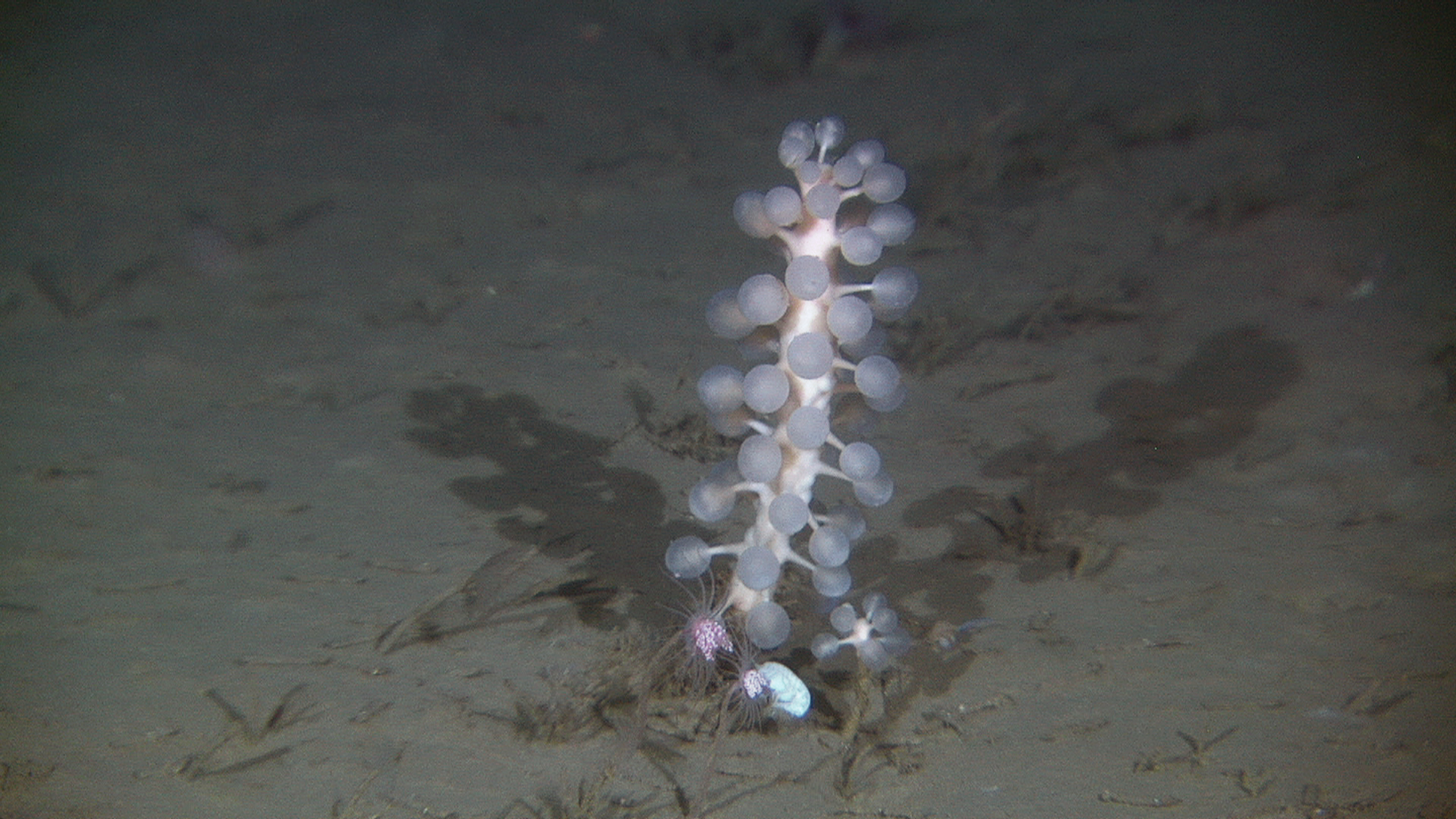 On the muddier bottoms of the deep Norwegian Sea the fascinating sponge Chodrocladia gigantean is quite common. This image is taken at 770 m depth.

MAREANO's autumn cruise is underway
In deep water off Mørebankene

In deep water off Mørebankene

The last piece of the bottom areas on and around Mørebankene are now surveyed by MAREANO after two weeks work aboard the research ship G.O. Sars (see sampling stations in the map below). A varying benthic fauna living within old avalanches and on plains has been videotaped and sampled. The rate is now set for the waters off the coastline from Kristiansund to Haltenbanken.