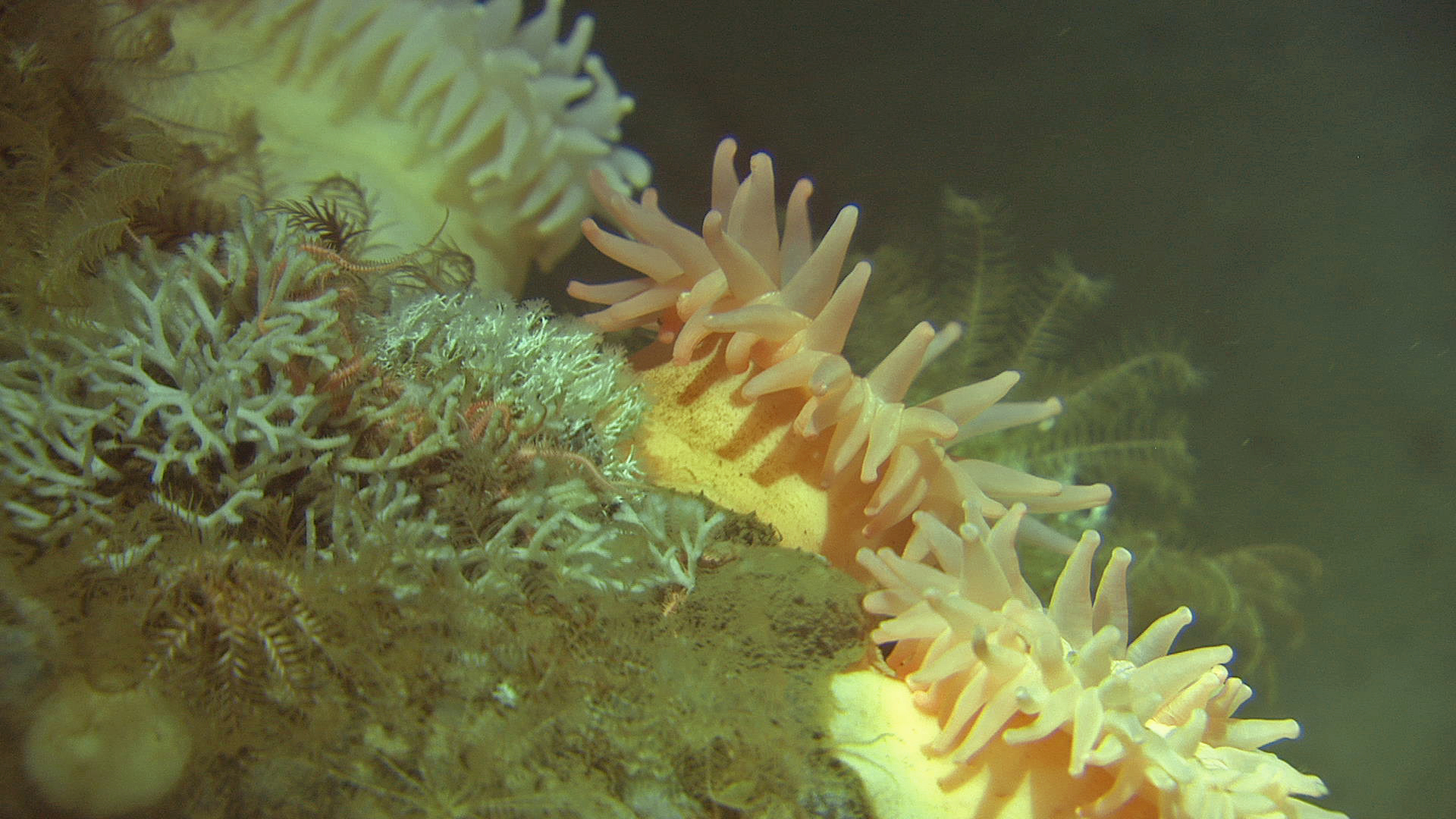 The areas to be mapped during this cruise are all previously designated "specially valuable areas". This means they include important spawning areas or support vulnerable fish stocks; are rich in biological production and biodiversity; contain cold water coral reefs; or are important areas for seabirds.

MAREANO's mapping in these areas will provide new scientific information, and potentially identify new biological attributes, that will contribute to a better foundation of knowledge upon which to base the future evaluation of intrinsic value and habitat vulnerability.

This cruise sees the new video rig Campod 2 in use for the first time with all instrumentation in place. Campod 2 is equipped with one high definition and three standard definition cameras, a current meter and various sensors for measuring temperature, salinity and particles in the water. In addition, physical sampling will be undertaken using grab, box-corer, multi-corer, bottom trawl and epi-benthic sled. 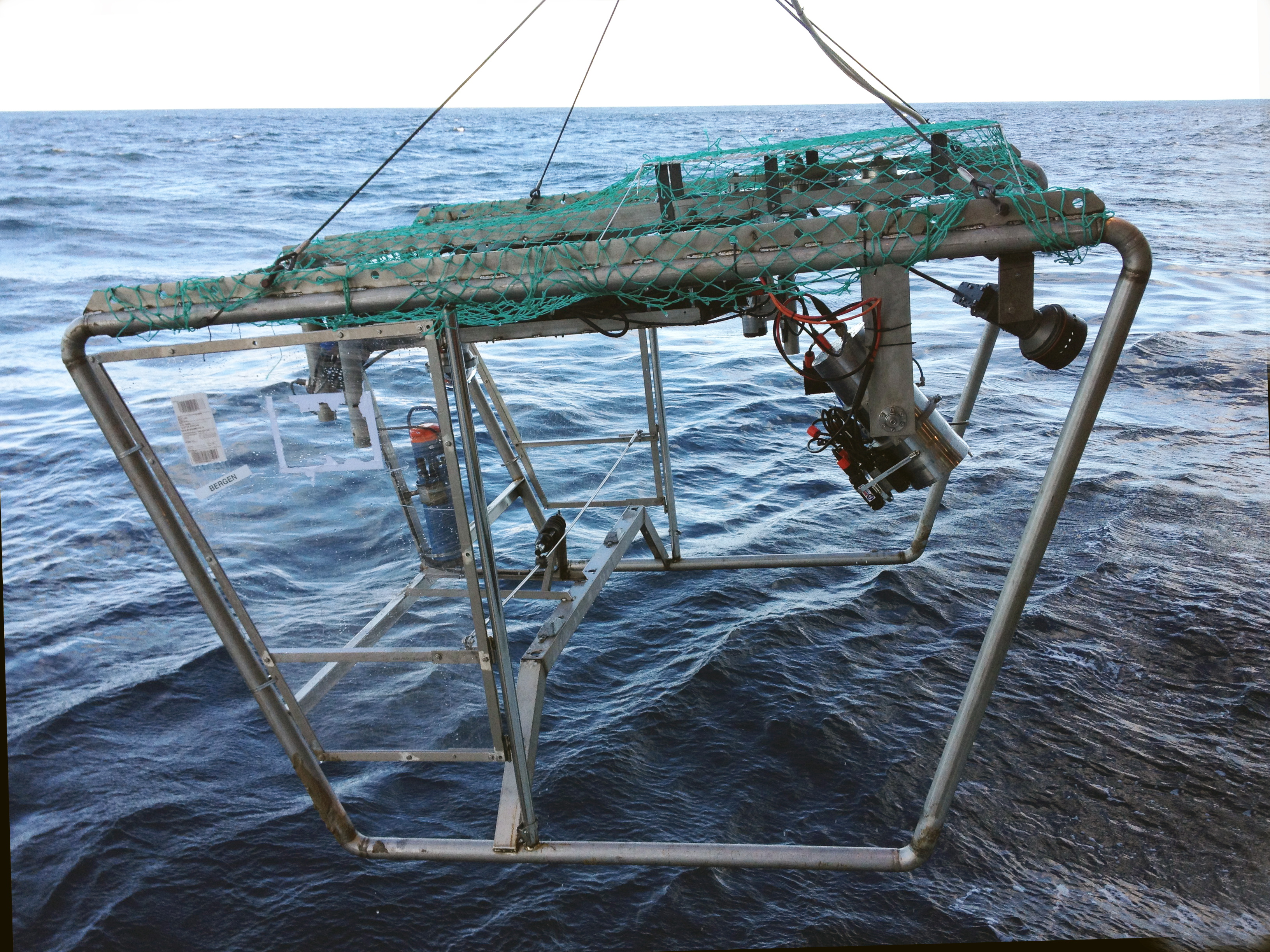 The first leg of the cruise, which runs from 22nd September until 1st October, will focus on areas along the shelf break beyond Mørebanken and towards Storegga. These areas are all important fishing grounds and the names of the most important fishing locations, which reflect both the underwater landscape and the names of people or boats that have first operated in the area. The second leg of the cruise will take samples from areas closer to the coast between Kristiansund and Halten and also at the Sularyggen and Iveryggen. 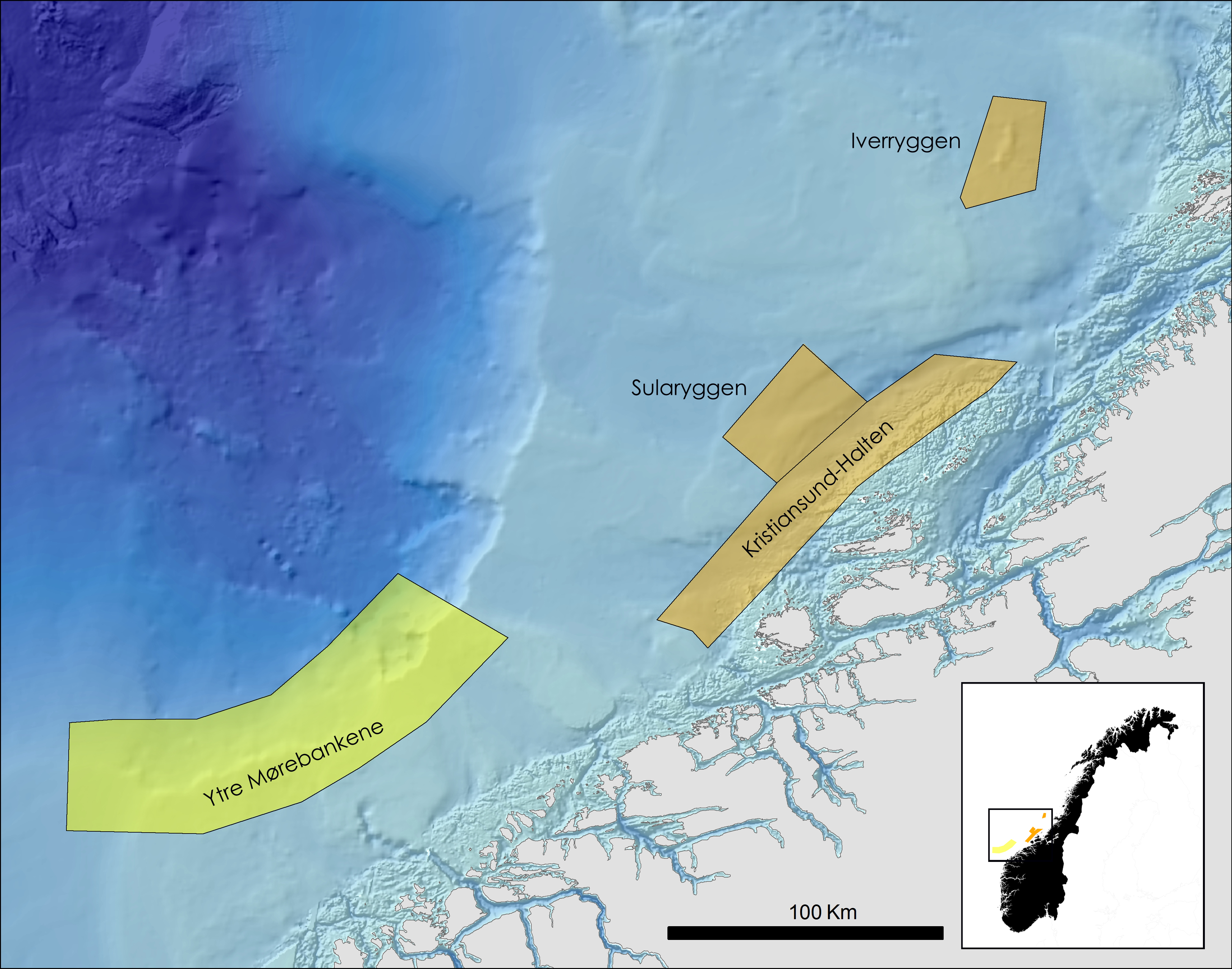 Areas to be investigated on MAREANO’s autumn cruise. First leg of the of the cruise focus on the outer parts of the Mørebank, while the second leg will cover other areas indicated with brown colour.

So far we have been working at Aktivneset, to the west of Storegga, filming and sampling along the shelf edge and down to depths of around 700 metres. The first part of the name, "Aktiv", comes from the 56 foot steam ship D/S Activ which started fishing for halibut there in 1885. The second part of the name refers to how the shelf edge protrudes outwards here, hence "neset", meaning nose. 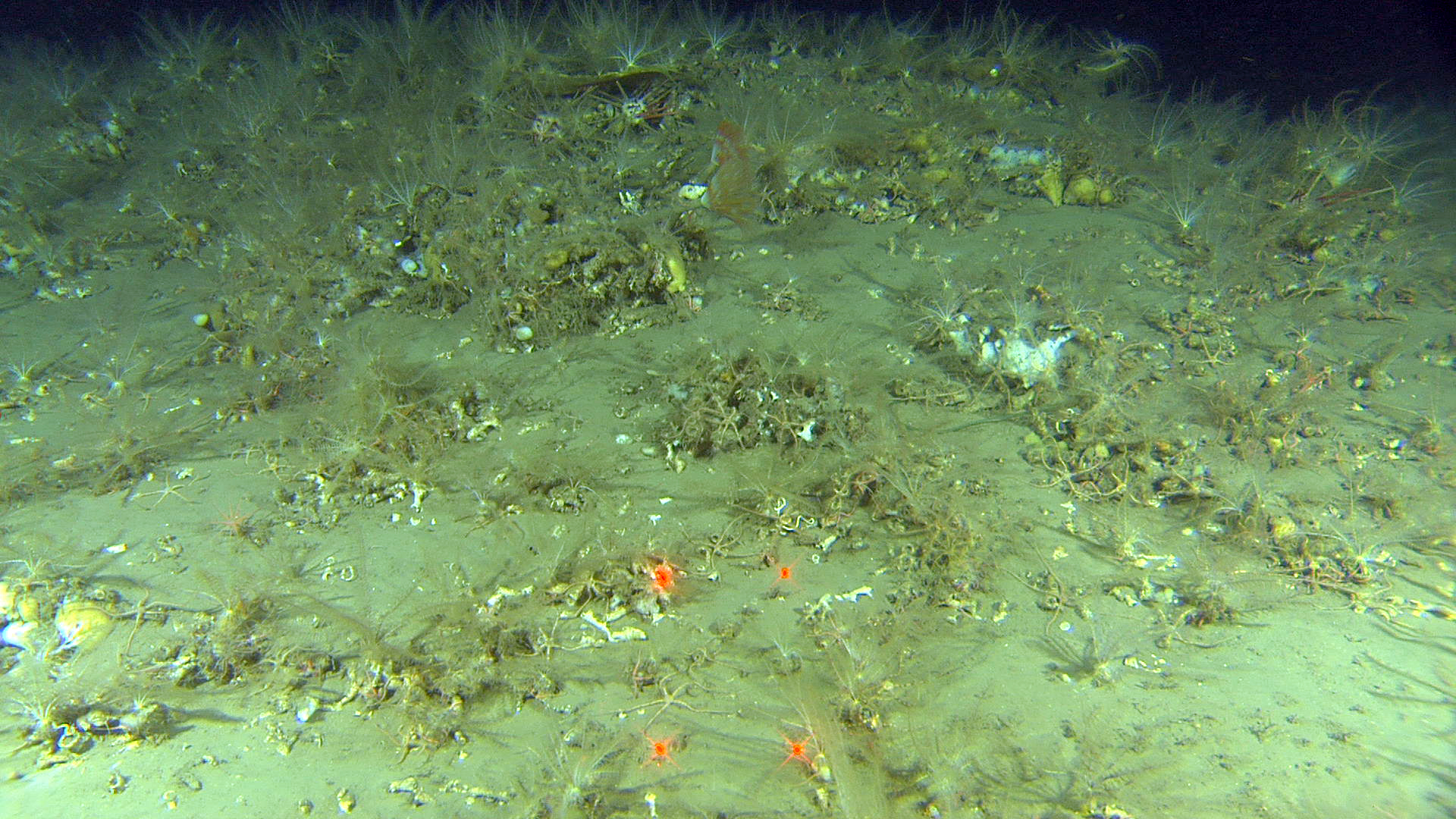 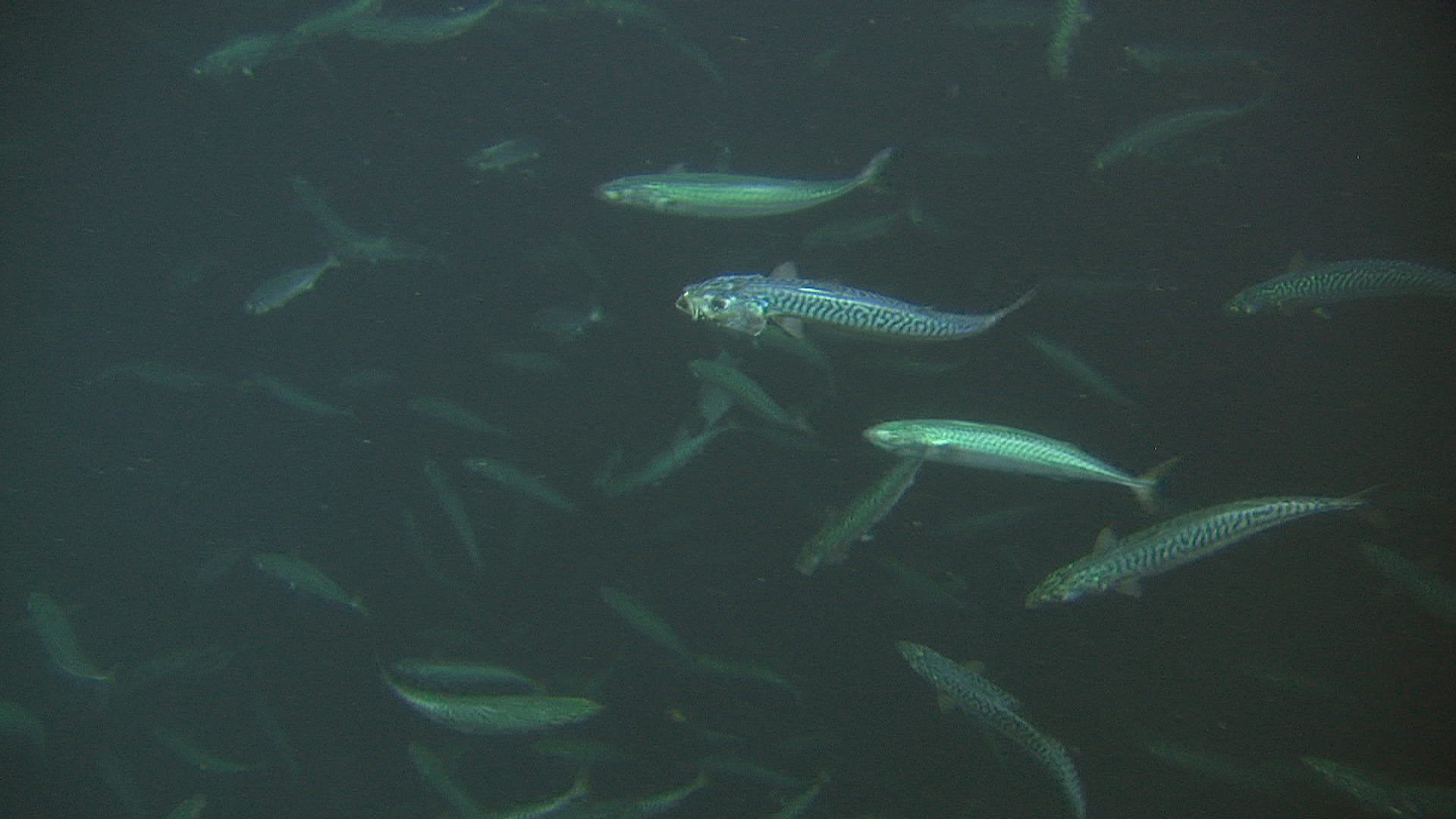 School of mackerel observed on the way down to the seabed at Ativneset.

The presence of cold water coral reefs is well known along the shelf edge near Storegga, and the name Korallneset, or coral nose, is long established on the sea charts. Surveys by the Institute of Marine Research in 1998 and 1999 indicated that the active fisheries had already left their mark on the seabed. Most of the coral reefs had been damaged by trawling. In the shallower areas many of the coral reefs had been completely destroyed. In deeper water down to around 450 metres, where the fishing activity was less active, the reefs were less impacted, probably due to the rugged terrain resulting from multiple underwater landslides in the area. 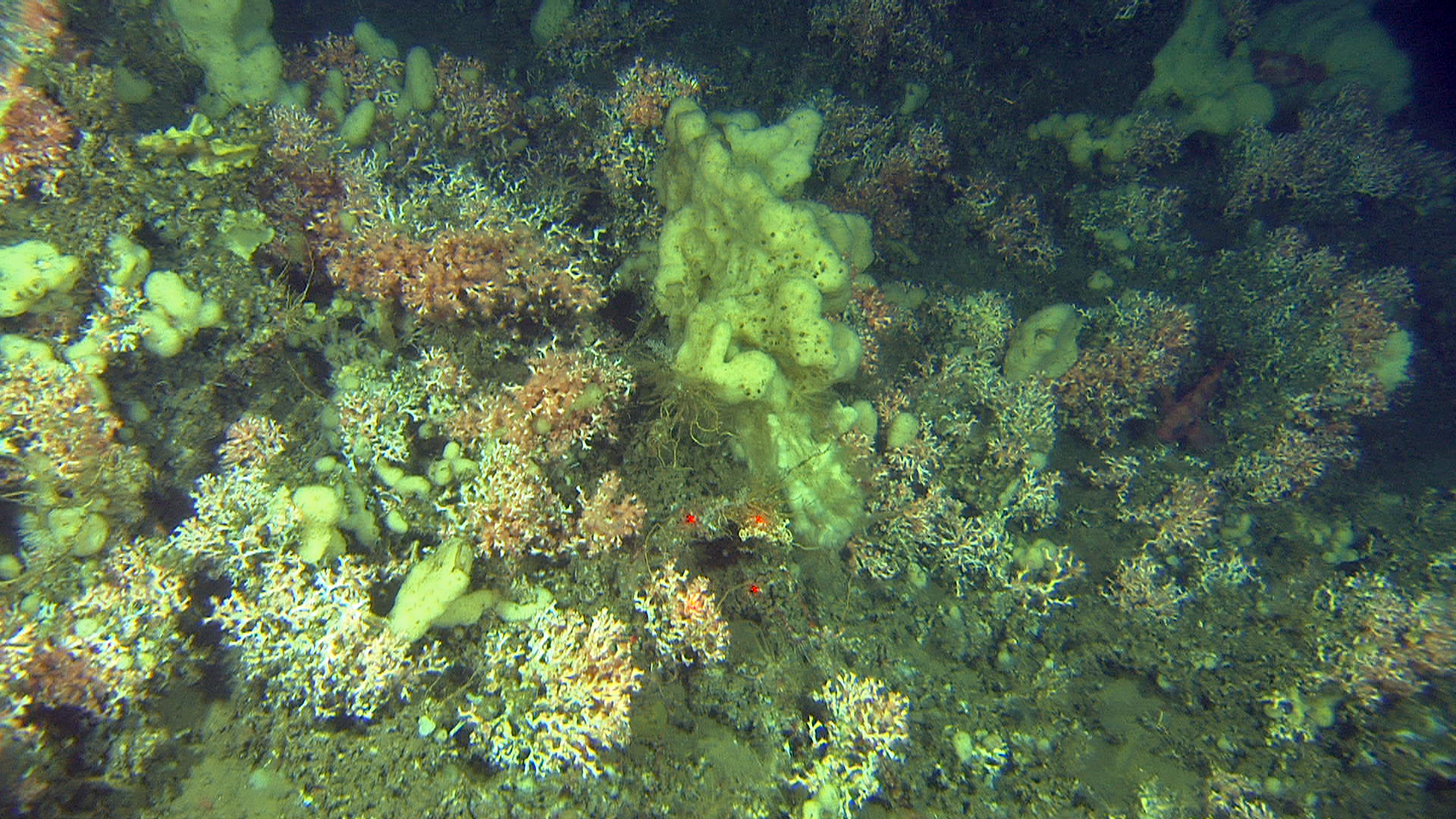 On board this research cruise are 14 scientists from the Institute of Marine Research and the Geological Survey of Norway. Working rotating shifts we are in operation 24 hours a day to map the sediments, biology and environmental geochemistry on and in the seabed. We also have a journalist on board who is profiling MAREANO for a Norwegian weekly newspaper. 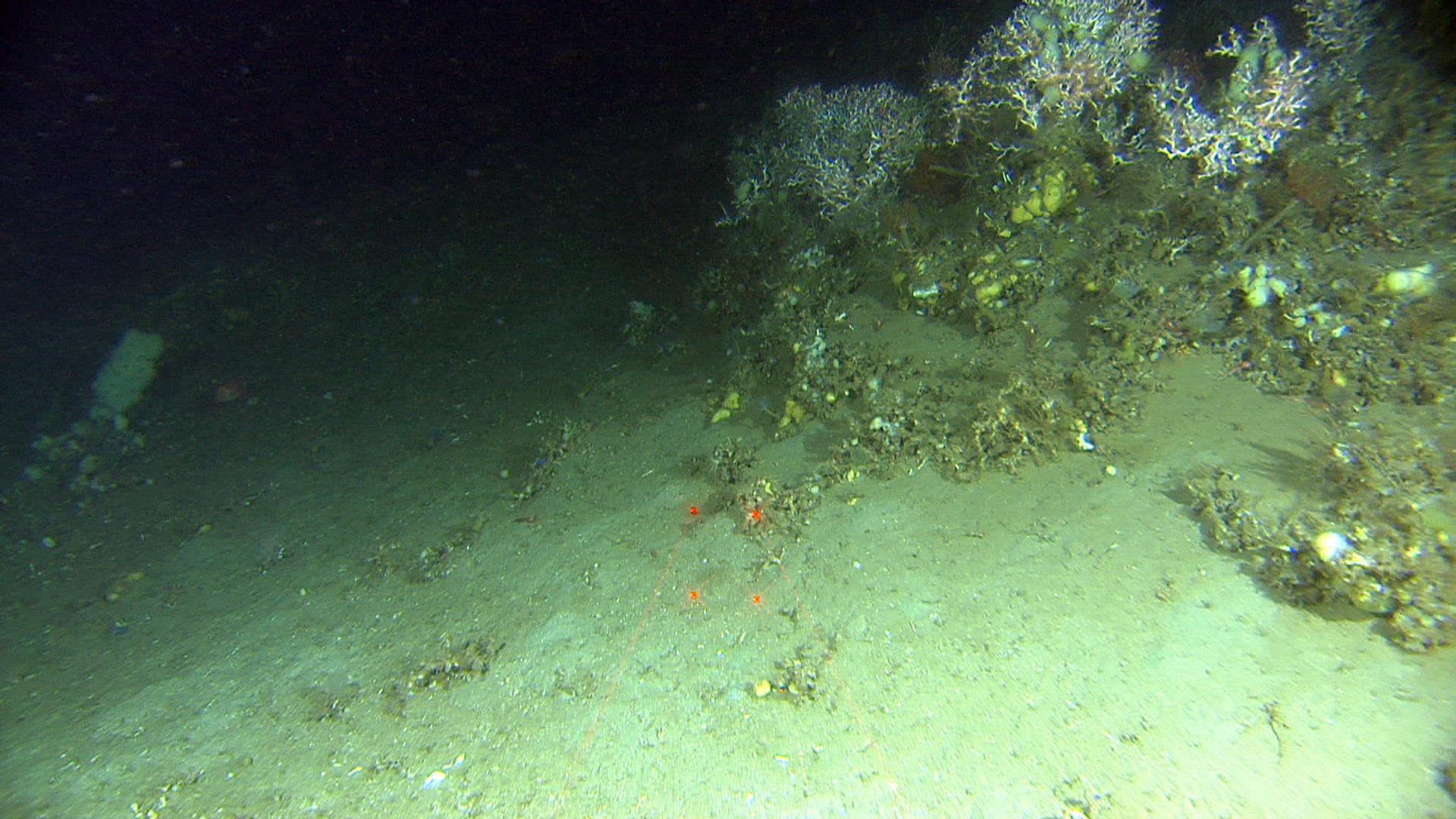 Look out for more news stories from MAREANO as the cruise progresses.