First timer on the “G.O. Sars”

Author: Text and pictures: Pippip Ferner, artist and guest on the “G.O. Sars

With my suitcase full of everything I needed for sketching and painting, I joined the boat in Kristiansund on the 25th of September. I was very excited to find out what life onboard would be like for an artist surrounded by scientists. What would it be like to spend 12 days at sea without setting foot on land – would my sea legs be strong enough – would I manage to work onboard – would people constantly be looking over my shoulder?

Unscientific and imprecise – an artist’s privilege

I am fascinated by organic shapes, by everything living. In recent years I have been inspired by underwater life, in a series of paintings that I have called “deep dives”. My works are by no means intended as scientific studies of marine biology, but they contain references to the incredible complexity found in the biodiversity of the seas.

I hope that my works inspire people to learn about and appreciate the curiosities of nature, and that I enable people to join me on a deep dive into a micro-universe that most people wouldn’t discover of their own accord.
Perhaps my works are also a reminder of how fragile everything is, and of how important it is to look after everything we have around us.

Observations from the boat’s smallest and most heavily populated room: the “Campod den”
Being allowed to look over the shoulders of the biologists on board was incredibly inspiring. I am naturally curious, and probably asked the most ridiculous questions, but everyone answered me patiently and generously.
For example, I sat for hours at the back of the Campod room, where the Latin names of species and the conditions on the sea bottom were recited with great enthusiasm as the sea floor slid past on the screen. 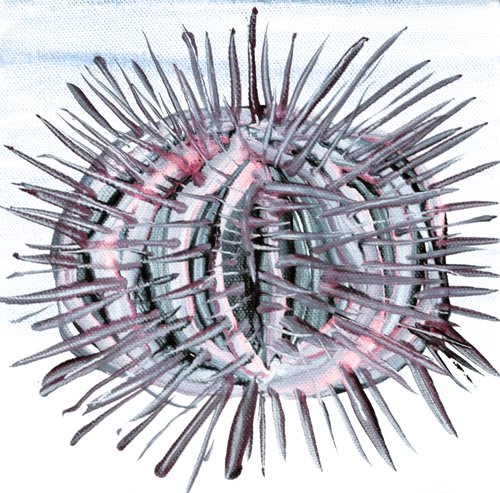 Cidaris cidaris – we saw many of these on video, and finally I got to see one in real life. 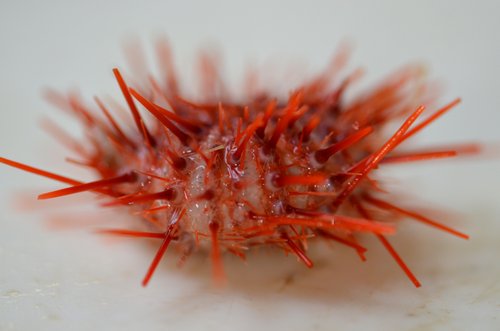 Another species of sea urchin that we saw quite a few of (Echinus).

Quite monotonous, really, but I had high expectations that something surprising was going to appear behind the next rock, and so I stayed. The rewards for my patience included a coral reef, a rabbit fish, a squat lobster with its claw “en garde”, a brittle star, a mole crab, mazes of tracks created by hardworking sea urchins and a colourful rock with sponge growing on it, as well as some odds and ends such as old cables, fishing gear and even a lawnmower! 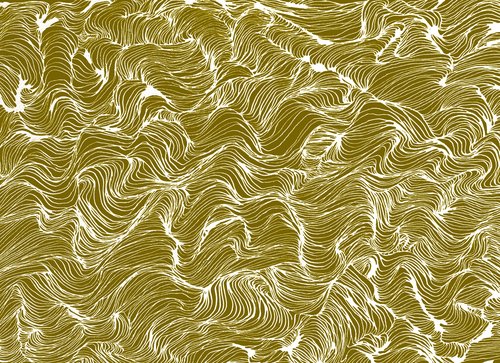 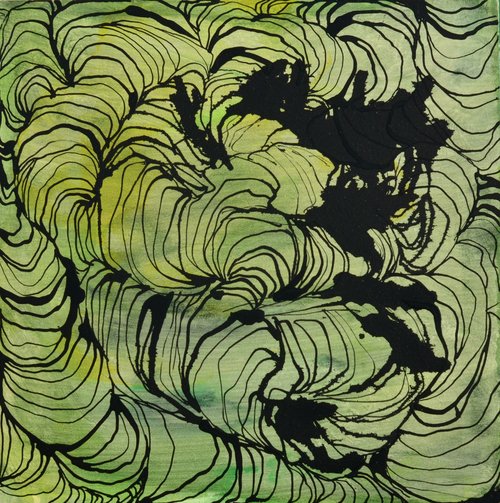 The topography was interesting, even where there was only “sand, boulders and mud”.

Right at the end of the expedition, at Kjerringgrunnen off Molde, we took a video transect at a place where information from 1944 suggested that there should be corals. That video was amazing! A spectacular sea bottom: steep cliffs, lophelia, paragorgia and a forest of paramuricia! 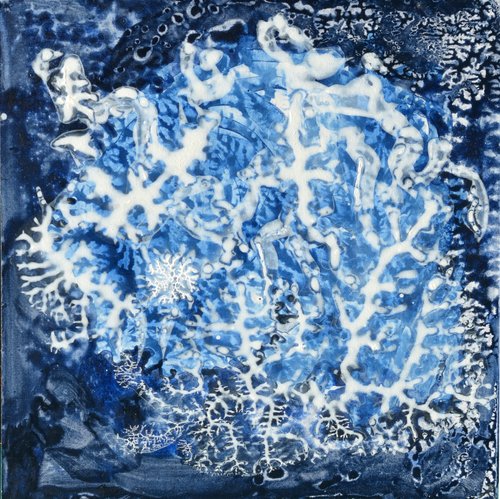 The corals were breathtaking.

In due course we headed to the stations where complete samples were to be taken, using all of our instruments! Yesss! For me, the trawl was the highlight, as it gave me the incredible experience of being able to study and “play with” these small, strange creatures! Loads of sea cucumbers, hermit crabs so small that you could barely see them, munidae and perhaps most fascinating of all, a squid with squid eggs.

It is also really interesting to see how many of the benthic fauna catch a lift with each other, perhaps to their mutual benefit?

The hyperbenthic sledge was interesting for different reasons: all of the miniscule amphipods left several of the biologists dewy-eyed (we were on their side, and against the isopods – sorry …). I had no idea that you could develop such a deep relationship with a crustacean! 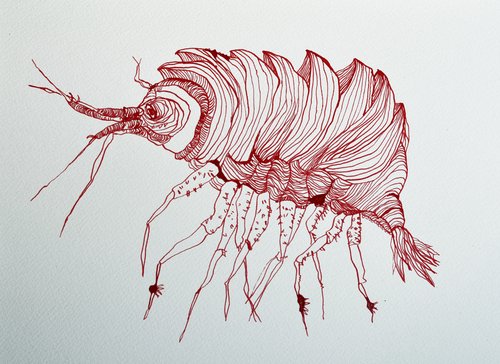 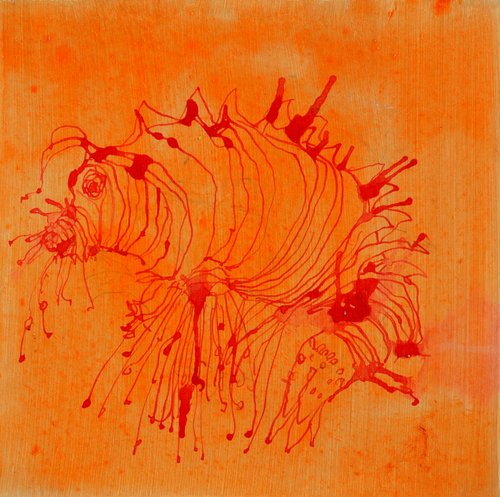 The notion that you could fall in love with an amphipod was entirely new to me (drawings).

From a purely technical point of view, the waves produced some side-effects: the paint ran a bit more than I might have liked, and the ink didn’t always end up where it was supposed to be, but I’m confident that whatever and however I draw or paint, there’s always something reminiscent of the sea bottom …

Thank you so much to the Mareano programme for giving me the chance to experience this – I’ve come home with plenty of inspiration, both at the microscopic and at the macroscopic level. 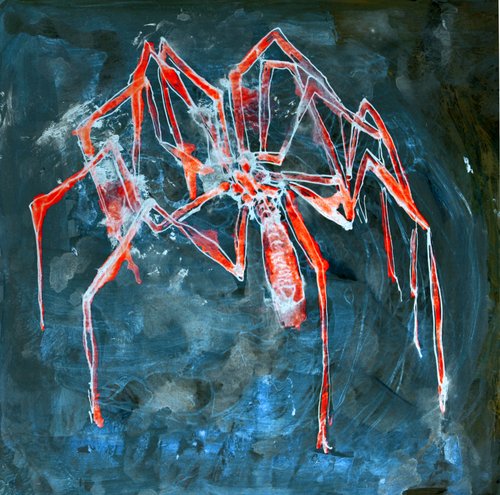 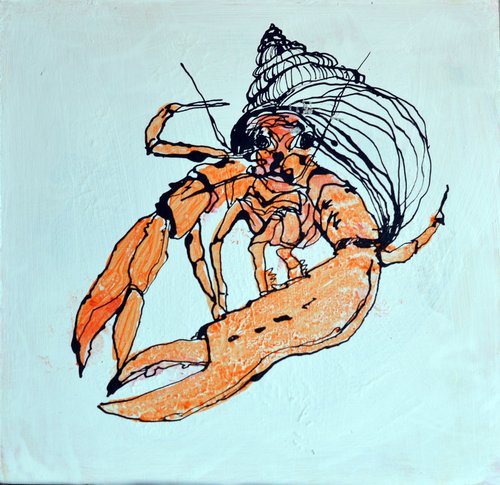 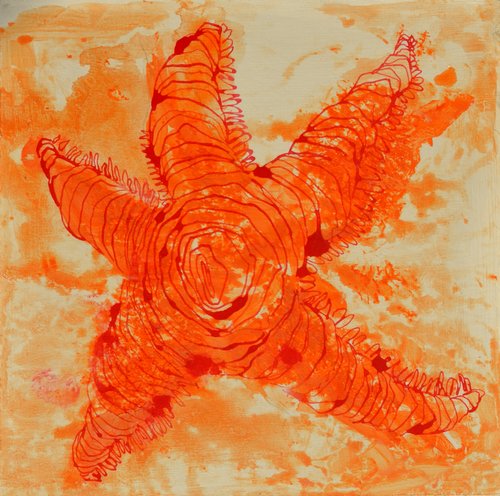 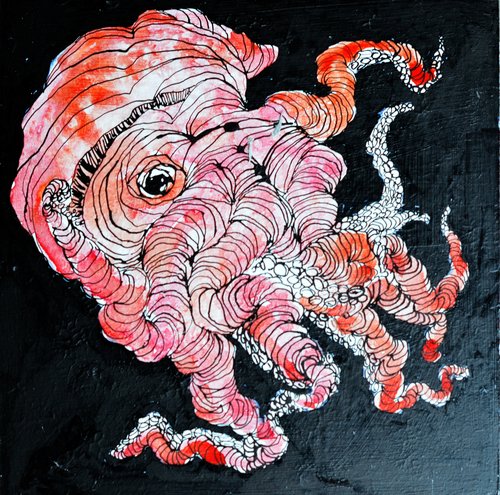 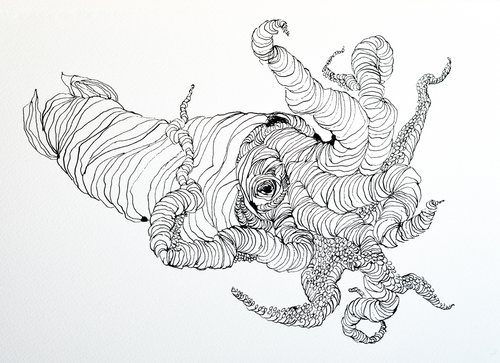 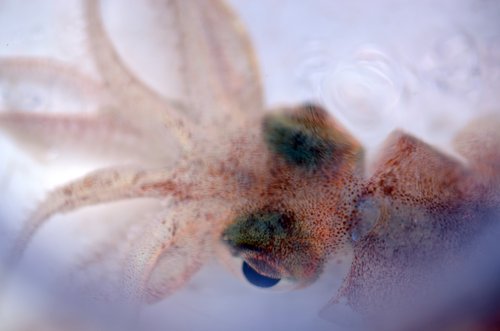 It’s hard to believe that cephalopods are highly intelligent, with all those arms and legs.

Some of my past paintings from the “Deep dives” series: 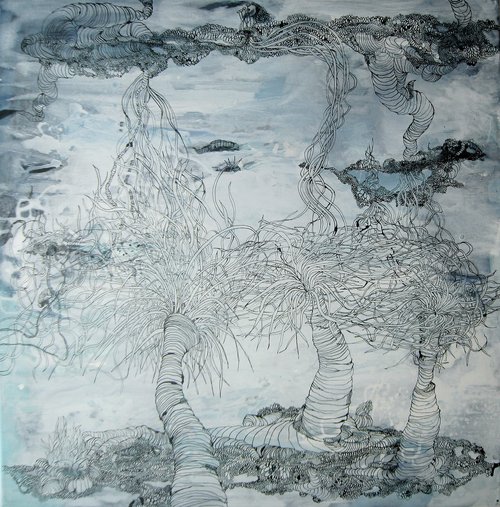 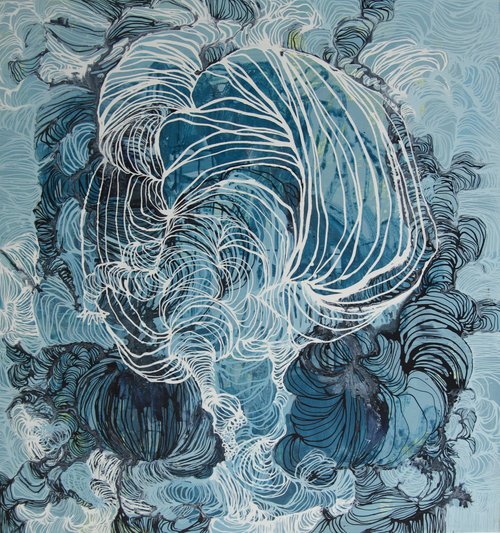 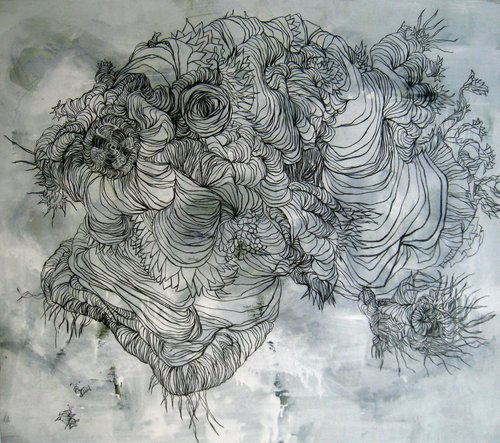 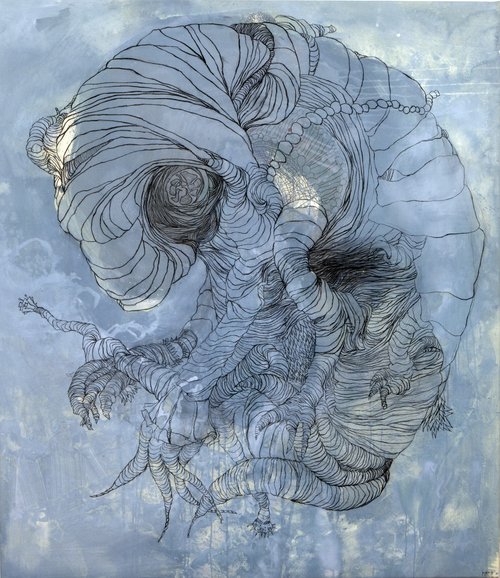 Whatever and however I draw or paint, there’s always something reminiscent of the sea bottom…