A new chart covering waters north of Nordaustlandet, has been published. This main chart is named “no. 541 Nordporten–Sjuøyane”. MAREANO and the Norwegian Mapping Authority Hydrograophic Service surveyed the fairway to Rijpfjorden in 2016.

This means there now is a known fairway for safe navigation into Rijpfjorden. This fairway will be used by MAREANO during planned survey expeditions in 2017 and 2018.

Chart No. 541 Nordporten–Sjuøyane was published 4 May 2017. The chart is not printed, but offered as a POD-chart (Print on Demand) from approved suppliers.

The chart has never existed before, and will from now on be a part of the Norwegian main chart series for Svalbard. The scale is 1:100 000 and the chart overs waters from Nordporten (north in Hinlopenstretet), Lågøya, Nordkappsundet and to Sjuøyane.

Read more about chart No. 541 (only in Norwegian) and about Norwegian nautical charts on kartverket.no. 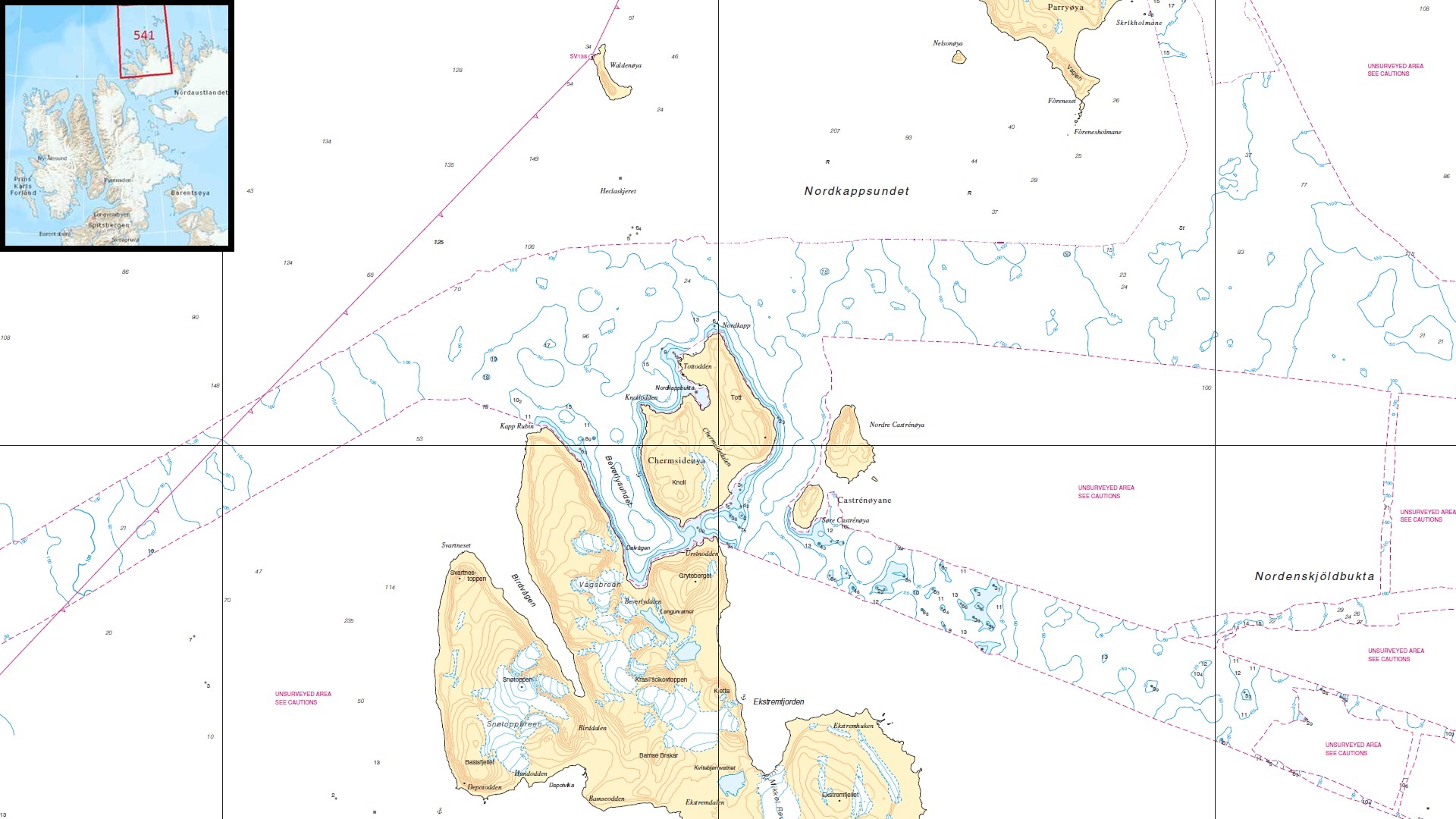 MAIN CHART SERIES: A part of nautical chart No. 541 Nordporten–Sjuøyane on Svalbard, which was published as a "new chart"  in May 2017.

More to read: The Fairway to Rijpfjorden surveyed