The Fairway to the Rijpfjord Surveyed

– MAREANO has planned to survey the Rijpfjord in Svalbard in 2017 and 2018. Therefore, the fairway into this arctic fjord was surveyed in 2016, says Hanne Hodnesdal at the Norwegian Hydrographic Service. The Rijpfjord is facing the Arctic Ocean and it is located on the north side of Nordaustlandet.

The area Rijpfjord is high on the bucket list amongst future areas to be surveyed by the MAREANO programme. The lack of a safe fairway to the fjord has been the problem so far. A charted fairway is a prerequisite for safe navigation into the fjord. 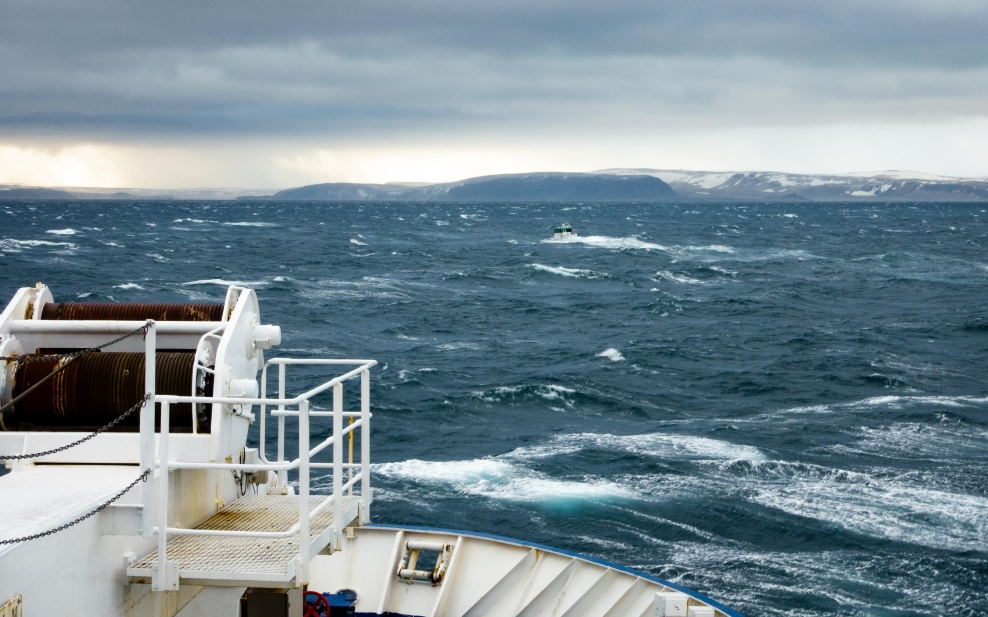 BAHYMETRIC MAPPING: MS Hydrograf at work in the Rijpfjord. The vessel belongs to the Norwegian Mapping Authority Hydrographic Service.

Areas in Svalbard has been identified as important to survey as soon as possible, because it will give us knowledge that will make it possible to observe future changes, primarily climate changes. In addition, it is interesting to survey areas with none fishing activities today, but where this might be relevant in the near future. 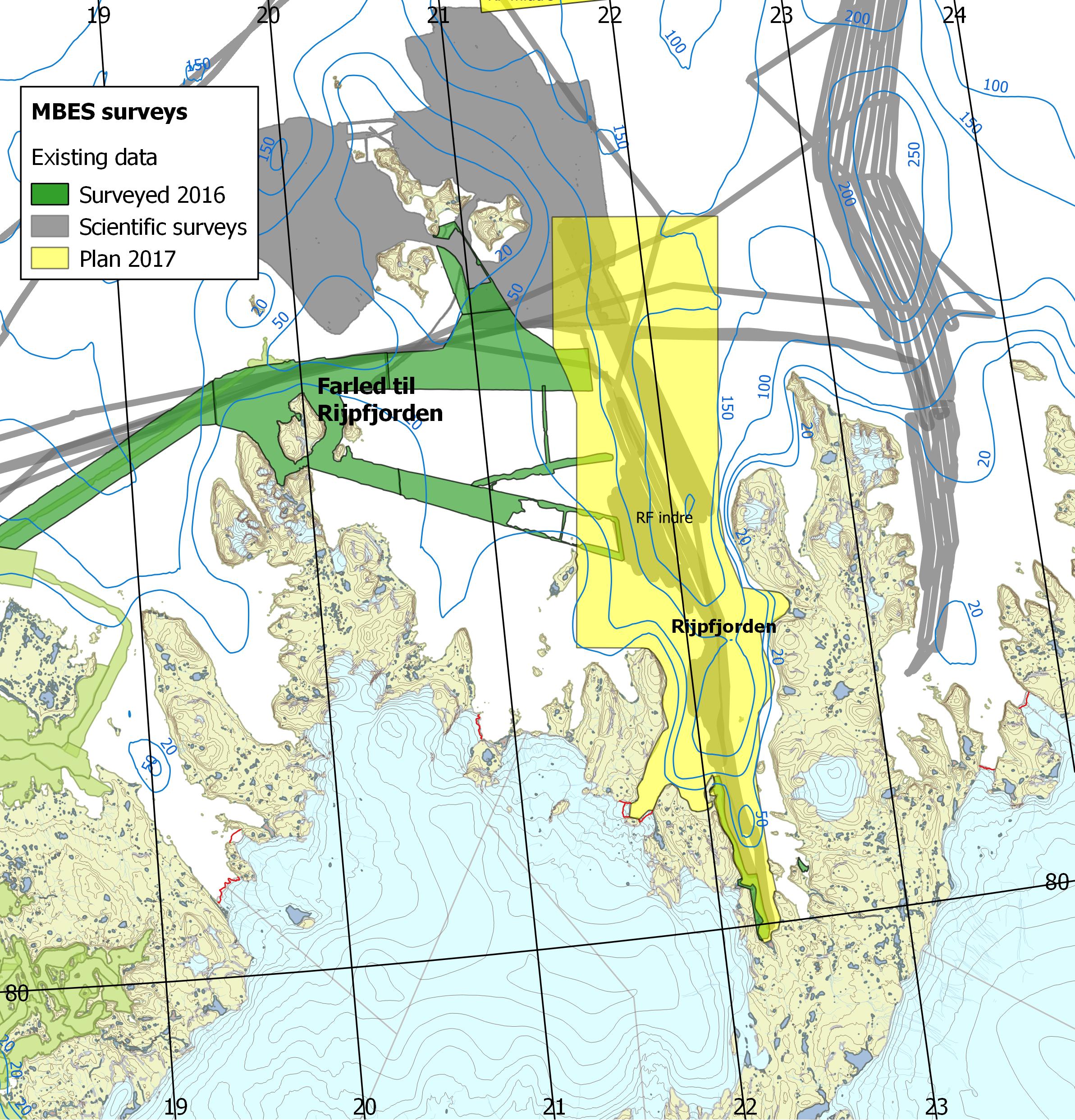 RIJPFJORDEN: The map shows the fairway to Rijpfjorden, surveyed in 2016 (coloured green), and areas in Rijpfjorden planned to be surveyed the summer of 2017. 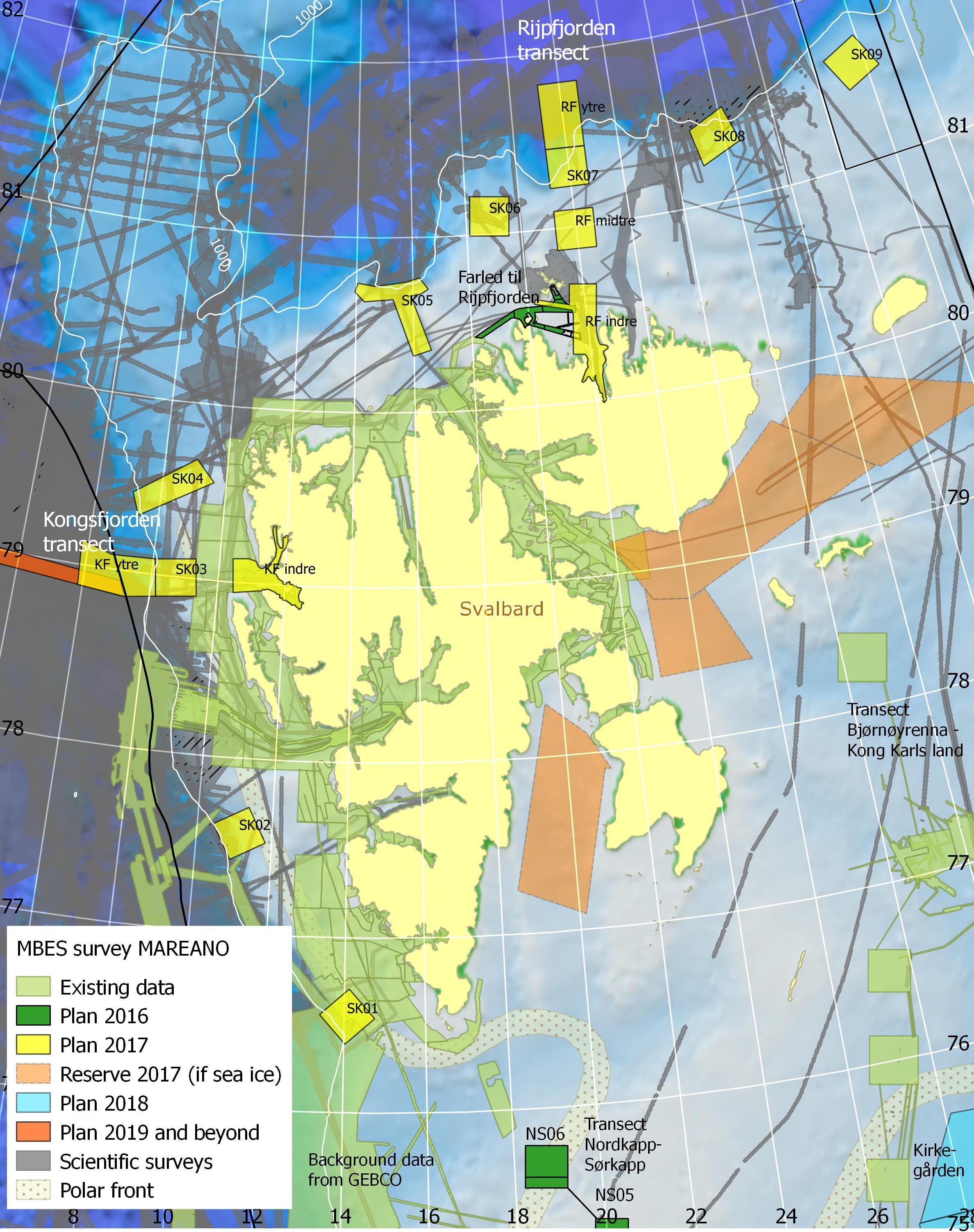 SVALBARD: The map shows areas around Svalbard which are to be surveyed and already are surveyed throughout the MAREANO programme.

SVALBARD: View from the Chermside island and the north of Castrene island. Photo: Kartverket